Monday Mailbox is a weekly segment wherein I cover my most recent acquisitions, whether via purchase, library, early reviewers, Librarything.com Member Givaway Program or gift.

With heavy hearts New Yorkers said good-bye last month to the Barnes & Noble that stood just north of Lincoln Center. Like Tower Records before it, which formerly stood directly across the street, the increasing rent could no longer be afforded with the dropping demand for a physical product. iTunes and music sharing programs made CDs unnecessary, and e-readers have done the same for books in many cases (though I, personally, am trying to ignore the easy, soft, digital glow that seems to lure everyone away from actual books).

And now another domino has fallen. This month, Borders announced that it is filing for bankruptcy and closing 30% of its stores - 3 in Manhattan (though, fortunately, not the one I usually frequent - located in the Time Warner Center). So what does this mean? Well, for now it means tons of discounts. If there's a Borders store closing near you, GO BUY BOOKS! Most of them are currently offering discounts between 20% and 40% off, but in the next 2 weeks the prices will drop even further.

So go buy books. I did, which is why this first Monday Mailbox is going to be so long - I have more new books! So to start, I'll cover the books I bought at a closing Borders in Ocoee, Florida.

The Innocent, by Ian McEwan 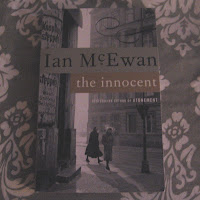 I really truly enjoy Ian McEwan's work. Depressing as it can be sometimes, his style is just so beautiful. And I love the Trade Paperback editions style (as this edition is). The cover format is just so pretty and poignant. There were 3 McEwans on the shelves at Borders that I didn't yet own: this one, Black Dogs and Saturday. But this one called to me. And so I add it to my growing McEwan collection. I plan on reading it in the spring.
Jane and the Damned, by Janet Mullany 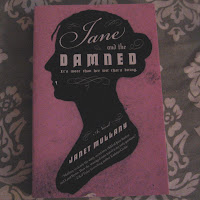 Go ahead and laugh. That was the point, anyway. I figured I needed to keep up my historical fiction quota and also keep up with my trashy Jane Austenesque books with their alternate universe plot lines and annoying characterizations of the novelista herself. And who *doesn't* want to read another vampire book, am I right?!?!?! Anyway, I actually like the cover which is why I picked it up. Whether it's good or not is insignificant at this point. I plan on picking up this one sooner rather than later to give me a good laugh. I hope.
A Novel Bookstore, by Laurence Cossé 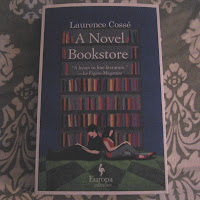 My mother bought this one for me, but it's one that's been on my list since its publication last August. It's the follow-up to Cossé's novel The Corner of the Veil but from what I understand you needn't read the latter to understand the former. It's about creating the perfect bookstore, filled with only the best works of fiction. Any book geek or bibliophile (i.e. me) should love it.
I'll Mature When I'm Dead, by Dave Barry 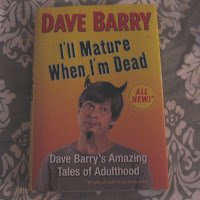 My mother and I both love Dave Barry, which is why she passed this book on to me once she finished it. If you don't know who Dave Barry is, he's got a syndicated column that appears regularly in the Orlando Sentinel and the Miami Herald, and he's also written a number of humorous books, and he co-wrote the Peter and the Starcatchers tetralogy with Ridley Pearson. He's flippin hilarious, or at least my mother and I think so. My father and my sister could take him or leave him. I've already managed to read part of the book, but I was pretty tired and so I didn't find much of it funny. I'm hoping that the rest of it makes up for that!
Expiration Date, by Sherril Jaffe 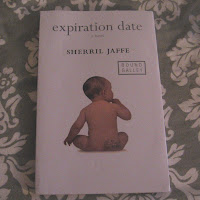 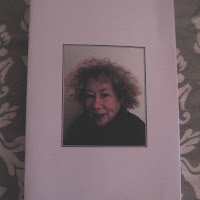 And finally we have my most recent Early Reviewers book. The cover is cute (baby with a barcode on its butt? sign me up!) the author image, however, is a little scary. According to the information sent to me by the publisher (The Permanent Press), this is the author's sixth novel and it's a mother-daughter story about life, death, relationships, old age and aging. The book is due out in April, so I've got to get a move on and read it!
Email Post
Labels: books mailbox monday