Skip to main content
Labels
Posted by Lauren May 05, 2013

Mailbox Monday is hosted this month by 4 the LOVE of BOOKS.

This week's haul includes a galley that is also a giveaway, a birthday gift (my birthday was this Friday!) and a handful of books rescued from my office.

The galley is from Viking: The Bookman's Tale: A Novel of Obsession, by Charlie Lovett 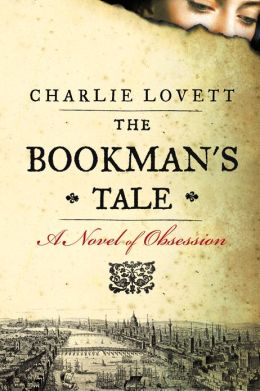 Hay-on-Wye, 1995. Peter Byerly isn’t sure what drew him into this particular bookshop. Nine months earlier, the death of his beloved wife, Amanda, had left him shattered. The young antiquarian bookseller relocated from North Carolina to the English countryside, hoping to rediscover the joy he once took in collecting and restoring rare books. But upon opening an eighteenth-century study of Shakespeare forgeries, Peter is shocked when a portrait of Amanda tumbles out of its pages. Of course, it isn’t really her. The watercolor is clearly Victorian. Yet the resemblance is uncanny, and Peter becomes obsessed with learning the picture’s origins.

As he follows the trail back first to the Victorian era and then to Shakespeare’s time, Peter communes with Amanda’s spirit, learns the truth about his own past, and discovers a book that might definitively prove Shakespeare was, indeed, the author of all his plays.

The book is due out May 28th. You can win your very own copy by entering the giveaway here. The winner will be announced in next Monday's mailbox.
tthis giveaway has ended

My birthday gift (from mi madre) was a book I'm pretty much assuming I'm going to love. I'm not usually swayed by critics, but Stephen King wrote up a brilliant review of this novel in the New York Times, and I just knew I had to have it:

The Accursed, by Joyce Carol Oats You can read King's review here.

As for the books I rescued from the office, they were:

A Wrinkle in Time, by Madeleine L'Engle
Because I want to re-read it, and because it's the same edition I read as a kid, and it has the freakiest cover...

Walden, by Henry David Thoreau
Because I needed a copy, so why not?

If On A Winter's Night A Traveler, by Italo Calvino
Because I've never read it.

Selected Works of Edgar Allen Poe
Because I've been to the Poe cottage in the Bronx twice in the last month or so, and I wasn't sure why I didn't already own something similar.
Email Post
Labels: books calvino giveaway grass king l'engle lovett mailbox monday oats poe thoreau viking