Not all old houses are haunted; some of them don't even have a history of death on the premises. But those that do never keep the secret for very long.
At the root of Riley Sager's newest thriller is the battle between one's logical sense-ridden response to an old house, and one's emotional response to its spirit, oftentimes as suggested by popular culture. Logos and Pathos locked in mortal combat.
When, for instance, Maggie Holt learns that her father has not only retained the deed to old Baneberry Hall, but has now left it to her in his will, she has a choice to make: she can either capitalize on the house's fame and sell it outright, or she can go there herself and pursue her demons. And in this case, pathos prevails. Logic and reason fly right out the window. 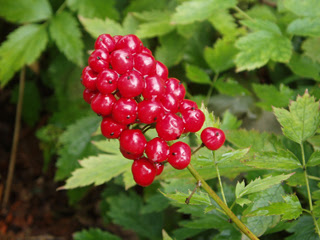 Much like Eleanor in Shirley Jackson's The Haunting of Hill House, from which Sager draws (in this reviewer's opinion) an overwhelming amount of inspiration, Maggie sees the keys to the house as an invitation - one that she had the opportunity to ignore, one that her mother encouraged her to ignore - that cannot be declined. Anyone operating with sense would just sell infamous manse for whatever they could get, but Maggie is determined to prove to herself that her parents have been lying to her for all these years, about what happened in the house when she was a child.

As a narrator, Maggie is hardly reliable. Her memories of the past have been at least partly manufactured by the creative falsehoods of her parents, the burden of which has left her with so much general mistrust and insecurity that it's no surprise that she's still coping so many years later. According to the book her father Ewan wrote (another motif borrowed from Jackson if not outright stolen from Jay Anson), the "House of Horrors" is well-haunted by at least a few of the previous tenants who had met tragic ends on the grounds. By his account, his family ran for their lives when the ghosts threatened young Maggie, something the now-adult Maggie believes has always been a lie. But the real truth, it turns out, is darker even than the secret Ewan lied to protect.

The ending leaves no secrets - as with most pop-thrillers, the shadows give way and the house's truth is laid bare in the light. But thankfully Sager resists falling into the tropes of both grotesque sexualization of the main character, and an ending full of sunshine and rainbows, something that many authors with female protagonists seem to have trouble skirting. The story is solid and satisfying without these sexist burdens. If anything, the only thing we might be left wanting is a few more skeletons. 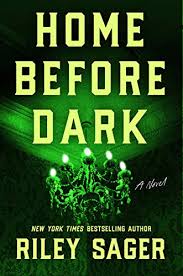