This month's Monday Mailbox is hosted by Let Them Read Books.

Happy Holidays, everyone! Sorry this post is a bit late today. I was travelling most of the day and then decided I needed to rest and watch some movies. But now I can bring you part 1 of my Christmas take:

Jane Austen Made Me Do It, ed. by Laurel Ann Nattress

It's edited by Laurel from Austenprose and it looks like a lot of fun...except the Amanda Grange bit. Sorry, I don't think I can ever let her live down Mr. Darcy, Vampyre....among other things.

The Water Theatre, by Lindsay Clarke 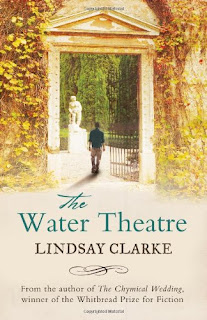 I think someone had this in their Monday Mailbox a few weeks ago...when I saw it I immediately added it to my wishlist. Yayyy Christmas!

The Inkheart Trilogy, by Cornelia Funke

These come in a boxset and they've been in my wishlist for a while. I'd kind of given up on getting them, but I decided to give them until Christmas (after which I would just buy them myself. I did go ahead and buy myself the DVD of Inkheart) but, as it turns out, I was gifted them. Again, yayyy Christmas!

Don't laugh. I'm not gay, nor am I terribly terribly interested in lesbian representability. However, this book does focus on three of my all-time favorite films: Rebecca (1940), All About Eve (1944) and The Uninvited (1944). I don't remember how I stumbled across this book online, but to find a book that discusses The Uninvited (which is one of those films that I feel like I and about 10 other people have ever seen, and no one's quite sure it actually exists even though it's kind of brilliant)...I just had to have it. I had to. But throw some Rebecca and All About Eve in there, and I think just about anyone could be sold on this one. 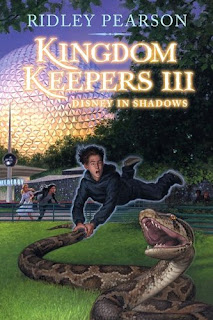 Kingdom Keepers is one of those series that you should absolutely love if you grew up in Orlando, going to Disney all the freaking time. If you know Disney like the back of...actually that doesn't really work for me...but let's say you know Disney better than you know your face in the mirror...this series is for you. There's a fourth one out now, but I've been waiting so long for this one, the fourth will just have to wait a little longer.

The Princetta, by Anne-Laure Bondoux 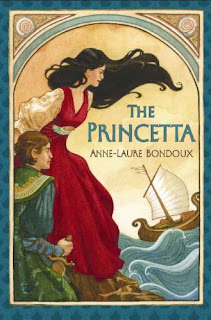 I reviewed this over a year ago, but I love the book and I love the cover. The hardcover was pretty cheap online, so I bought this one for myself for Chritmas. Yayyy Christmas!