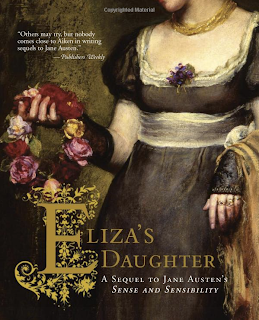 Generally speaking, orphans and misfits are more present in Dickens or Brontë than in any Austen novel. Oliver has...well...an entire cast of characters, and Great Expectations has Pip and Estella (who had might as well be an orphan). Jane Eyre's title character is an orphan (Adele is one, too), and Charlotte Brontë's unfinished titular Emma (continued in greatest effect later by Clare Boylan as Emma Brown) is also an orphan. And then of course there's Emily Brontë's Heathcliff in Wuthering Heights.

The plight and peril of orphans is compelling, and if you don't think so, look to Disney. Over 70% of Disney animated features are about (or in some cases feature) orphans, children of single parents or, in some cases, either neglectful parents, kidnapping victims, or runaways. Jane Austen, however, doesn't deal so much with orphans or children of ambiguous birth. Single parents? Yes. Children who, for their own sakes, might be better off as orphans? (I'm looking at you, Anne Elliot, Fanny Price, and Anne de Bourgh) Yes.

But there's only a small handful of what one could consider orphans or Dickensian misfits (Fanny Price may be treated like Cinderella, but she's no orphan). I can think only of Harriet Smith (who is not really an orphan, but the illegitimate daughter of a rich merchant), Georgiana Darcy (who, while an orphan, is of a rich family and therefore not subjected to such a life as Pip or Jane Eyre), and Eliza Williams who is the orphaned illegitimate daughter of Colonel Brandon's sister-in-law neé childhood sweetheart. Eliza, in turn, bears Willoughby's illegitimate daughter, the protagonist of Joan Aiken's 1994 novel Eliza's Daughter.

Unlike Willoughby's Return I thought this book was neither very good, nor very faithful to the tone of its predecessor. Instead of a novel of manners, Aiken's writing is decidedly and defiantly feminist. Not that there's anything wrong with that, but Aiken seems to have sacrificed tone, style, character and integrity all to make a social statement about an illegitimate orphan who embraces her origins and allows history to repeat itself because she said it could, denying that fate or circumstance had anything to do with it.

From the beginning, Eliza is an unreliable narrator. She tells the reader straight out that she will skip over certain episodes in her history, and that she will refuse to share certain personal instances because they're too hard to relive or too personal or whatever bullshit excuse is employed. That said by the time you get to the end of the novel, you may feel misled and lied to. I know I did.

But it's not just a distrust of the narrator that spoils this book. On top of that misfortune, Aiken has completely misunderstood the Austenfolk. John Willoughby is perhaps the most accurately portrayed, but Edward, Elinor, Marianne, Margaret, Mrs. Dashwood and Colonel Brandon all suffer both from the ravages of time as well as the destruction of Aiken's pen. Edward - who, while not lively or overtly passionate in the original, was at least kind and patient and gentlemanly. Aiken's Edward is sour and completely dispassionate and neglectful. The Marianne of old was vibrant and full of poetry and music and light. Aiken's Marianne is bitter and spiteful and unkind.

This, on top of the narrator's seeming dislike for honesty, truly spoils the experience of the novel. And while I'm all for women taking their fates into their own hands and standing up for themselves and for what they believe in, I believe that Aiken's novel is meant to be an antagonistic caution against everything established in Sense & Sensibility. I hate to speak ill of the dead (and Ms. Aiken passed away in 2004) but this book was a real disappointment.
Email Post
Labels: aiken books jane austen joan reading challenges Review sense and sensibility